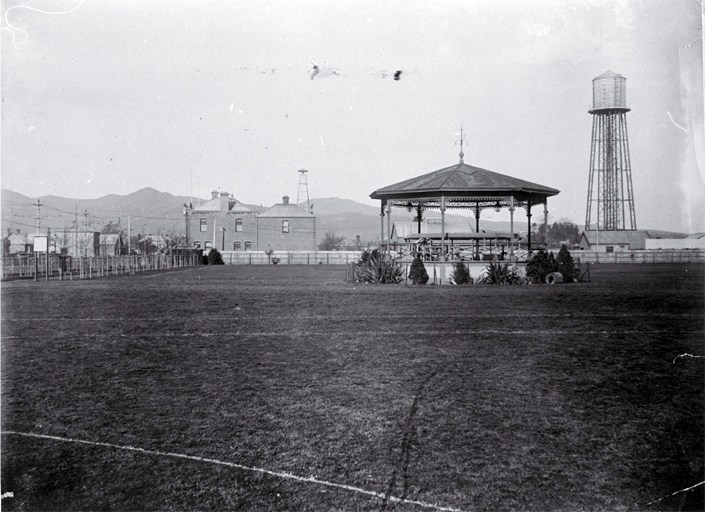 Our historic images from 1882 through to 2015 have been digitised and held on file. If you require a large format version let us know. See links to view images below. 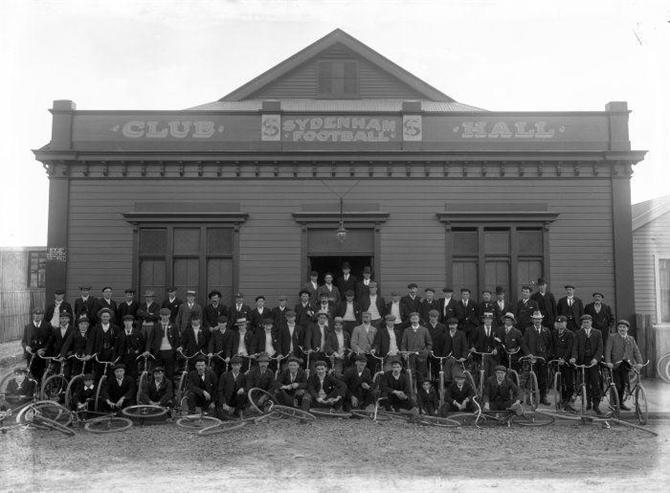 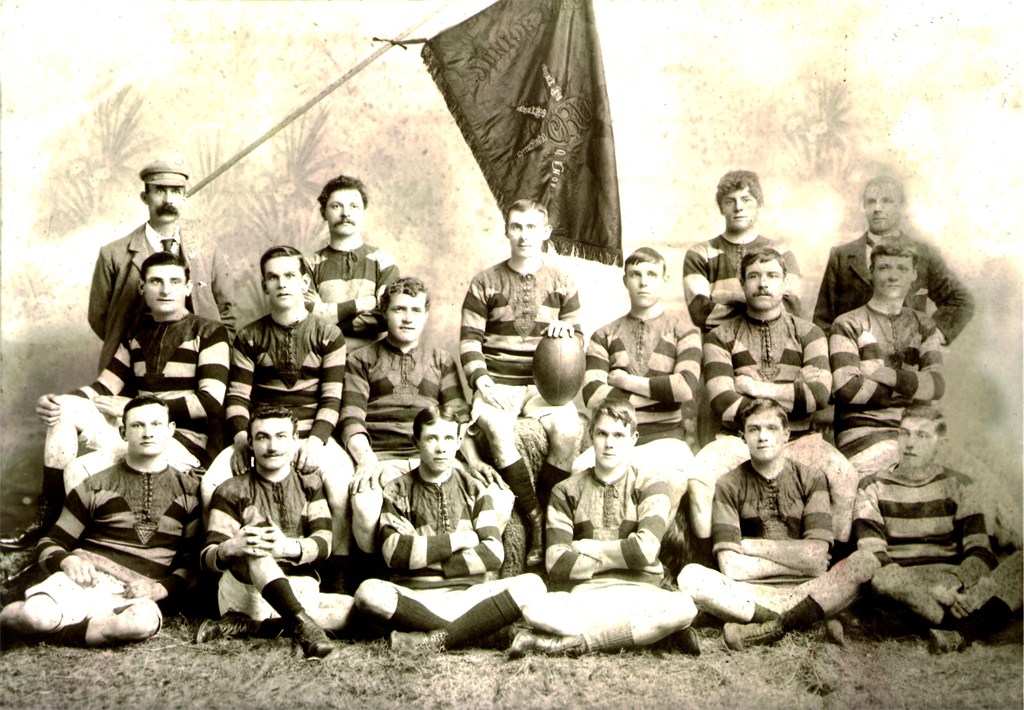 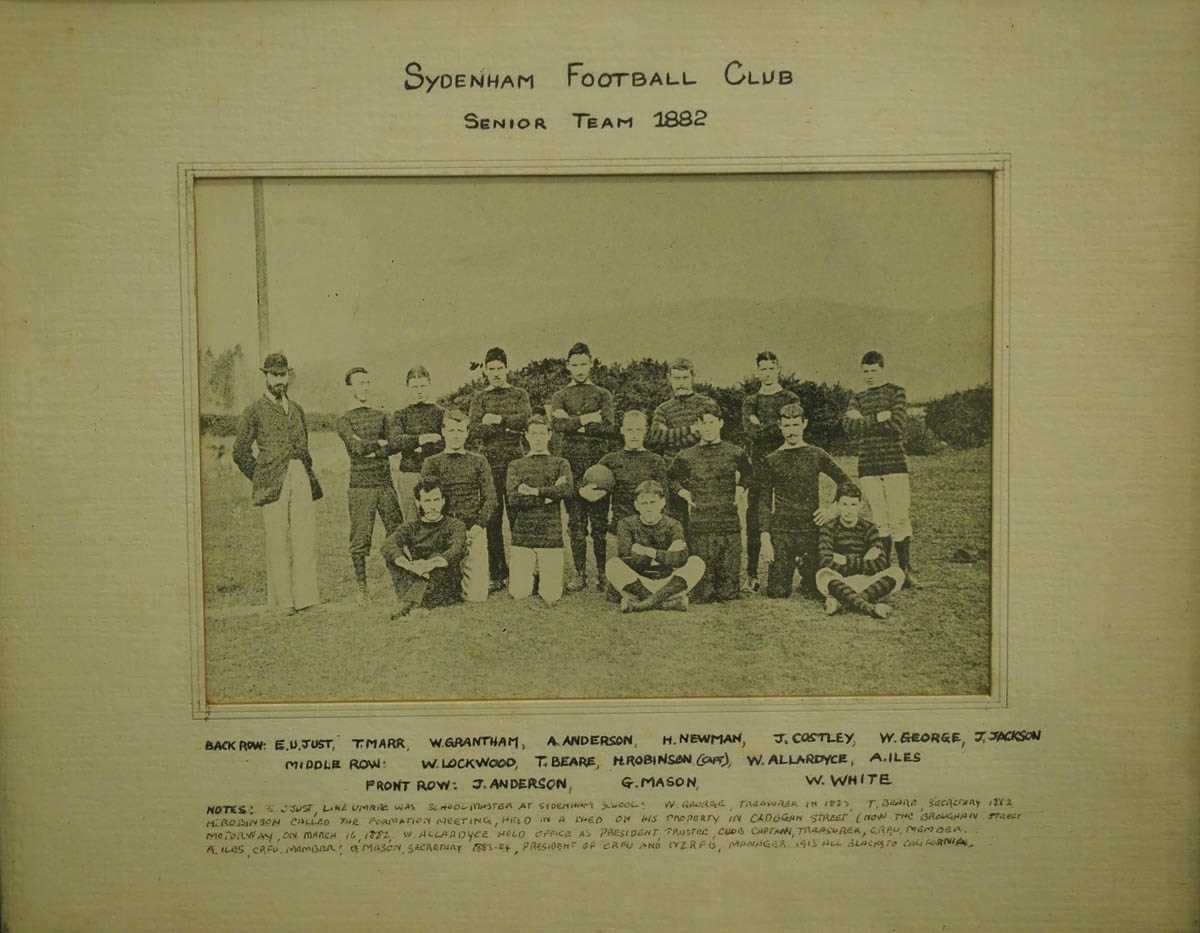 Notes (in photo above): E. U. Just, Line Umpire was a school master at Sydenham School.W. George was Treasurer in 1883. T. Beare was Secretary.H. Robinson called the formation meeting held in a shed on his property in Cadogan Street (now the Brougham Street motorway) on March 16, 1882. W. Allardyce held office as President, Club Captain and CRFU member.A. Iles was a CRFU member. G Mason was Secretary 1883-1884, President of the CRFU and NZRFU, and manager of the 1913 All Blacks to California.

The Sydenham Rugby Club, established 1882, has capitalised on the good work of earlier generations by once again emerging as a respected force in Canterbury rugby. With player numbers in excess of 500 incorporated within 30+ teams; this makes the Sydenham Rugby Club one of the largest playing memberships in the South Island.

The senior section includes Premiers (Div 1), Premier Reserve (Div 2), Premier Colts and a social team, the Saracens. Our Club has produced many representative players at national and provincial level, as well as to All Black level (view our Honours Board links).

The junior section of the club is strong and active providing Sydenham with a platform for further success over the coming years. Our enthusiastic coaches provide rugby for numerous young players who also have been consistent grade winners and achieved representative honors. However, Sydenham is more than just a rugby club; the vision is wider than that, we will continue to make a contribution to our community in the broadest sense.

The Club is based at the well-appointed Cashmere Club and members with their families and friends are always made to feel welcome. Facilities at the Club include bar, restaurant, many function and games rooms as well as two squash courts all of which are available to members. The Club offers good well-resourced practice facilities at four grounds within close proximity of the Cashmere Club. The Club's social calendar includes many organised functions throughout the rugby season with family and friends always welcome. The Sydenham Rugby Club is well known as one of the most hospitable and friendly club around and new members are welcomed with open arms.